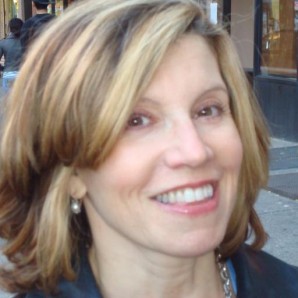 Can United Fix Its Broken Reputation?

After musician Dave Carroll’s pricey guitar was damaged following a United Airlines trip to Nebraska back in 2008, the guitar wasn’t the only thing that that took a beating. Now, United is grappling with a battered reputation, and Carroll has become a poster child for frustrated consumers.

If you somehow missed the story, here’s the summary. After nine months of failed appeals through United’s customer service channels, Carroll used his musical talents, with a little help from social media, to send a powerful message about corporate indifference.  His music video, “United Breaks Guitars” has received over 3 million downloads on YouTube and been covered by CNN, Fox, USA Today, and major consumer sites all over the Web.

But, here’s the thing. Technically, United’s not wrong. Their website makes it clear they’re not liable for fragile items, and they warn against checking musical instruments, advising that passengers call the airline first. More importantly, Carroll says he was alerted by a fellow passenger who could see the ground workers seriously manhandling his guitar. But, he didn’t open the case to check on it when he retrieved it from baggage claim. It was only later, he says, that he opened the case, discovered the damage, and complained.

Given those facts, it’s a little more understandable that United wasn’t particularly impressed with Carroll’s claim.

Social media is a powerful platform

But no matter, because the damage is done.  After the first few hundred thousand video downloads, the airline woke up and publicly changed its tune.  United spokesperson Robin Urbanski gamely admitted the video “struck a chord” at the airline, calling it “a unique learning opportunity.” She asked permission to use it for United’s customer service training. Later, United announced via Twitter that it had made a $3,000 donation to the Thelonious Monk Institute of Jazz, as requested by Carroll. (In a brilliant follow, Bob Taylor of Taylor Guitars appeared in a video just days later plugging the Taylor website and suggesting ways to prevent damage to guitars when traveling.)

The challenge United faces is that Carroll’s video really did strike a chord – among most of us watching. The match-to-kerosene aspect of its viral explosion is the nearly universal resentment of the airline industry, and the deterioration of of quality, customer service, and reputation as many airlines have struggled against heavy economic weather.  While many of the businesses we love to hate have used social media to enhance their customer service (i.e., Comcast) most airlines, with the exception of the socially savvy JetBlue, are behind the curve. Complain, and you meet a brick wall of indifference.

At this point, United must take some pretty bold steps to drive down Carroll’s video in Web searches.  It needs to show sincerity, empathy, and a real desire to do better in the future. (It might even consider a musical video response of its own….. Brian Adams’ “Please Forgive Me” and Brenda Lee’s classic “I’m Sorry” come to mind.)

The point is that United’s probably not even at fault here. But the situation shows again that the best reputation PR plan is a preemptive one – one designed to fix it before it breaks. Years of poor customer service, haphazard communications, and inattention to corporate reputation have taken their toll and will make the job harder.

2 thoughts on “Can United Fix Its Broken Reputation?”