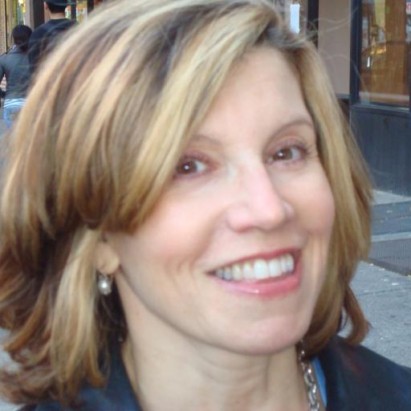 For months, I’ve been looking for a real Twitter success story, but without much success of my own. The most exciting social media marketing campaigns tend to be Facebook-driven, or across multiple platforms, as they should be. Now, I know there’ve been some impressive direct-sales outcomes on Twitter. The most notable is @DellOutlet, which has apparently sold more than $2 million in refurbished laptops and other products. But, where are the campaigns that have such irresistible PR appeal that they explode into online buzz, meaningful media coverage and, a strong return-on-investment?

Well, I found a real Twitter winner, but it’s not a brand campaign. It’s not a campaign at all. It’s more like an accident. But @FakeAPStylebook is my favorite Twitter story, because it shows the power of a good idea. The Twitter account is a send-up of the real AP Stylebook, the style and usage bible for journalists and public relations professionals. It was started only about two weeks ago, but already, it has over 37,000 followers and  is on over 2000 lists.

Followers and lists aren’t the important metric here, of course. Fake AP Stylebook is a patent fraud, but it’s got genuine style. Just not the kind you’d find in a grammar, usage, or journalism class. I was hooked by the tweet informing users to precede statements of fact with “allegedly” to prevent accusations of bias, e.g. “the allegedly wet water.” A little more dry humor:

Feel free to hyphenate “Green Industry.” All hyphens are recycled from discarded E’s and F’s anyway.

If you’re short on space, “fake” may be used in place of “psychic” or “homeopathic.”

The correct title for an unmarried woman is “Ms.” “Miss Jackson” should be used only if you are nasty.

While it’s tempting to call them “baristi”…the plural of “barista” is “journalism majors.”

So, what qualifies Fake AP Stylebook as a true success? Not just the self-referential media buzz, although it’s already generated lots of blog and press attention. There’s real, um, “monetization” there. (Note unnecessary quotes used to indicate overused term.) Already, there’s a Fake AP Stylebook phone app, downloadable for $28.99. {CORRECTION: There’s no iPhone app for Fake AP Stylebook, only for the real AP Stylebook. I think an Android app makes more sense anyway, but who knows?} Today I heard that the irreverent minds that tweet the @FakeAPStylebook updates will shortly have a book contract. For two weeks’ worth of tweets, that’s not too shabby.

There are other books that have started with Twitter feeds, I know. But, most are advice by so-called social media experts or coaches who preach or teach how to tweet your way to riches. The beauty – and the irony – of Fake AP Stylebook is that it’s not about Twitter. In this case, social media did what it does best by enabling what is essentially a j-school in-joke to go viral in only two weeks. That’s a real achievement – allegedly.

3 thoughts on “Fake AP Stylebook Is A PR Success”