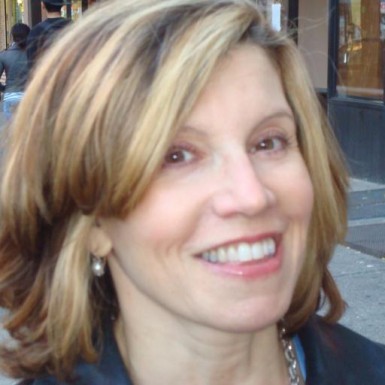 Is David Letterman A PR Genius?

PR agency and crisis management pundits are saying that Letterman’s handling of last week’s bizarre extortion plot against him was a public relations masterstroke. As the world knows, Letterman chose to recount his experience last Thursday in a ten-minute monologue – but not his usual kind. Somewhere in those ten minutes, the late-night host admitted to sexual relationships with women at his company, and recounted the clumsy but scary shakedown attempt that could have threatened his career.

So, how did he do, by the crisis PR playbook?

Timing – Although it’s obvious Letterman spoke about the experience only because of the extortion attempt, he went out early to get in front of the story, which is hugely important. If he had waited even a day – until after news of Robert Halderman‘s arrest broke – it would have weakened his leverage as someone who was victimized. Moreover, he would have had far less control over the initial phase of the story. His quick decision to break the story meant he was able to frame it on his terms, in his own words and in his own way. That’s half the battle.

Message – The speech was overlong, but he shared the right amount of information.(It’s not comparable, but John Edwards’ soul-baring confession of infidelity comes to mind as a classic case of TMI.) In this case, Letterman admitted to the workplace relationships, citing no names and few details, and added that he’d basically have nothing more to say about it. A good move, but predicated on nothing coming out that will contradict his message.

Tone – Here’s where I differ from others. Though Letterman lacked defensiveness (a good thing), his tone was, at times, downright odd. On tape, he at first seems to be playing the story for laughs. Then, it turns more serious, and he uses words like “terrible” and “creepy” to describe his own actions I would have cut the story in half and signaled the audience from the start that it was serious. And, though it’s in keeping with his self-deprecating brand of humor, calling his relationships “creepy” implies all kinds of things that you really don’t want to suggest.

Fallout –  The public reaction has come pretty much as expected. Longtime fans have shrugged off the incident, while the anti-Dave contingent has a fresh reason to criticize. Overall, his treatment by the press – save for a few irresistible Worldwide Pants puns – has been pretty fair, if you discount former CBS personality Don Imus’ tirade (which smacks of publicity-baiting, if you ask me.) Even his fellow comedians have been gentle, and most have kept their own lips zipped about the incident.

Most importantly, his camp has so far stayed firmly on message – and out of the press – as fresh news has broken, including items about his former assistant and her relationship with the would-be extortionist, and ominous-but-empty words from Halderman’s lawyer. Meanwhile, CBS is busy trying to scrub the Internet of Letterman’s now-classic video “confession,” which is unnecessary.

Letterman isn’t the first celebrity to go public to head off an alleged exportion plot (The actor Rob Lowe employed similar tactics when threatened by a former babysitter in 2008.) In this case, he was lucky, in that the perpetrator behaved stupidly (what self-respecting extortionist accepts personal checks, anyway?)

If nothing further comes out to contradict his statement or indicate that his relationships were not consensual, Letterman’s over the worst. But, I’m holding my breath before making his bizarre experience – and admittedly skillful handling of it – the next crisis case in my playbook.