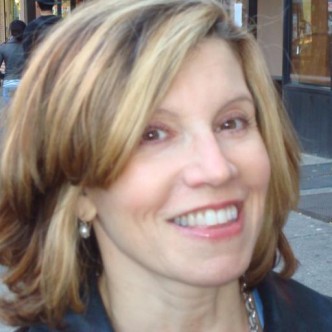 When Brands Try To Be Cool

Recently, RadioShack announced that it’s changing its name. Or, more precisely, it wants you to use its nickname. In what’s billed as an informal move, the retailer has launched a campaign inviting us to call it “The Shack.”

I can understand wanting to lose the dated “Radio,” which connotes a bygone technology era.  And, the chain is known as “The Shack” by regular customers and employees. But, if the name of the stores doesn’t change, which isn’t yet clear, it’s a confusing, halfway measure. Plus, it’s a bit like your boss calling you by an embarrassing childhood handle, or my mother telling me her new sofa is “fly.” Even if the expression is hip, when it’s coming out of your parent’s mouth, it’s… well, not.

In perhaps a similar quest for its own slice of cool, Pizza Hut went the extra distance and removed the “P-word” from some of its stores so that they’re now simply “The Hut.”  The signs feature a new typeface and the red-roof logo redone to look even more like a hat. The company says the new moniker “ties in nicely with today’s texting generation.”  Um, as the kids say, IDTS. Pizza Hut later issued a statement that the name will not change after all.

In the most interesting branding experiment, Starbucks is dropping its name from three Seattle stores. One has already been remodeled in a new, rustic style and reopened as “15th Avenue Coffee and Tea.” According to the The Seattle Times, the unbranded stores will feature a traditional coffeehouse ambiance, complete with poetry readings, live music, and wine and beer. Starbucks has been accused of “stealth branding”, but, having worked with the company, I get the idea here, which is to “blend in” with the community and give each store a local personality….and, perhaps, a touch of that indie cred. Since the company has been open about the test, transparency isn’t the issue. It’s really about authenticity. If the un-Starbucks can offer an authentic experience, “glocalization” might be our next retail trend.

Cool retail brands in non-cool categories are usually born, not re-made. Despite its recent battering by the recession, I still think Target takes the prize. Many assume Tar-zhay got its chic from its hip merchandising deals (the Michael Graves housewares line was inspired), or the iconic bullseye ads.  But, as author and Target biographer Laura Rowley points out, it really goes back to the retailer’s department store roots, and its blend of design, merchandising, and value. It was also about the reverse-snob appeal.

From the start, Target was authentic, and like that cool kid in junior high, it rarely appeared to be trying too hard.

Finally, it took time to build the brand persona. In fact, Target’s former president, Douglas Dayton, says he first heard the faux-French pronunciation of the name, not on a Coast, and not in the nineties, but in Duluth, Minn. when the first Target store opened in 1962. Now, that’s cool.

4 thoughts on “When Brands Try To Be Cool”