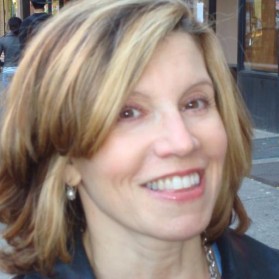 The sad and sudden demise of pop superstar Michael Jackson may have knocked Governor Mark Sanford off the front pages for a weekend, but it didn’t let him off the hook. Governor Sanford’s may have been the most ill-conceived and badly delivered apology of the decade. And, that’s saying something.

I was one of several PR professionals who commented on the Sanford press briefing for PR Newser, but given its timeliness I wanted to share some general guidelines for “apology communications” based on recent events.

Have a goal.  As with an ordinary public relations program, a public apology should be developed with an end in mind. Though they might all be desirable, keeping one’s job, saving one’s reputation, and staying out of jail could call for different messaging and communications strategies. Prioritizing for the best outcome is essential.

Keep it short. Resist the temptation to drag it out, justify, explain, excuse, or embroider. TMI is a lose-lose strategy. Stick to what’s relevant.

Make it other-centered.  Going on about one’s failings (as John Edwards did in some detail) or rambling about your love for the Appalachian trail (where Governor Sanford wasn’t hiking) is counterproductive, and it will be seen as self-involved.

Take responsibility. Lawyers will disagree on this if there’s a legal infraction involved, but an apology without a specific mea culpa is pretty toothless.  It’s human nature to want someone to own up to their actions rather than avoiding or placing blame, and it’s also character-building for the one delivering the apology.

Focus on the public consequences, not the private ones.  Like former Governor Eliot Spitzer, those caught in a sex scandal often use their media time to apologize to their families, since they figure voters will identify with the spouse and kids. But, the offender needs to grapple with the impact on his staff and constituents/supporters, which is often more significant.  I’d argue that Sanford’s disappearing act, out of range of his staff or security detail, and his clumsy attempts to lie his way out of it, superseded his extramarital activities.

Don’t drag in the innocent bystanders. The days of needing to see the wronged spouse in a show of marital solidarity are largely over.  (Who can forget Dina McGreevey’s odd smile, or Silda Spitzer’s haunted eyes?) And, singling out the children by name – as Governor Sanford did – is just thoughtless.

Be measured in expressing emotion. I’m a big fan of showing appropriate fighting spirit where justified, but in a public apology, a little goes a long way. It’s best to signal your intentions for subsequent statements (“I’ll fight to regain the respect of my constituents”) but weeping and anger deserve a more private venue. Move on.

4 thoughts on “PR Means Having To Say You’re Sorry”