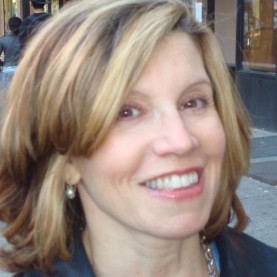 Since the rise of Facebook and LinkedIn, online connections have become a visible form of social currency. But, given its one-way follow model, where anybody can basically follow anyone else, Twitter has taken the numbers race to another level. In fact, Facebook may be about to change its follow set-up to be more like Twitter.  Mashable points out that an option button has appeared that allows us to be notified when another Facebook user “connects to me as a fan.” Hmmm.

Yet since the hype around Twitter has gone mainstream, consistent usage has lagged.  Despite that, follower count has become a barometer of status. And, there’s been a lot written about the proper “ratio” of friends to followers. If you have too many followers relative to those you follow, you can look snobby. But, if you’re following more people than you have followers, maybe you’re not very influential.

Do you follow?  Me, neither, because it’s mostly nonsense. Mark W. Schaefer has an entertaining take on the “real” math behind the Twitter follower counts. He dissected the follower list of an unnamed blogger and social media consultant who bragged of his influence over his 80,000 followers. When Mark examined the consultant’s follower list, he estimated half weren’t real – they’re bots, porn stars, spammers, etc. Then, after an extrapolation based on the “Twitter Quitter” research from Nielsen, the Harvard study stats about Twitter usage and presumed demographics for qualified followers, the “real” following of the Twitter king dwindled from 80,000 to…well, one.

Exaggerated, yes, but the point is valid.  Followers aren’t a viable metric of anything unless they’ve been qualified, which requires a continuous, daily time commitment.  Another metric – the number of updates on someone’s account – might tell you something about their history, but it’s very fungible, and early adoption doesn’t guarantee influence.

I admit to engaging in a half-serious “race” with a former colleague, where we challenged each other with mock insults and poached one another’s followers to reach different benchmarks (note: I got creamed.) But, we’ve both settled into a more serious and curated approach to building a following.

I’ve made this point before about the “echo chamber” nature of Twitter but didn’t address the absurdity of the fuzzy follower math. Followers as a badge of status – or, more importantly, social media reach – is great if you’re Ashton Kutcher, and, a quantity-over-quality follower strategy is probably worth it if you’re broadcasting price deals or news updates. But, it honestly makes no sense if you believe, as I do, that Twitter should be about real engagement.