The first half of 2018 has seen some remarkable corporate PR maneuvers. In many cases, well-known companies have come up with creative ways to take a stand or respond to a public challenge. Some of the moves are arguable, but all were bold, even risky. Some brands spoke out in response to crises, while others may have created crises by speaking out. Only time will tell if these maneuvers are true PR wins or losses, but here’s our take.

Two weeks ago office coworking company WeWork announced that, for environmental reasons, it will not serve meat inside its facilities, nor will employees be allowed to expense client dinners that include meat. Many have lauded WeWork’s green initiative. But some media have responded with charges of “tribalism,” “virtue signaling,” and “imposing a worldview” on employees. The WeWork move can be compared to Starbucks’ recent banning of plastic straws, but it’s attention-grabbing because it’s more extreme.

If publicity was the goal, then WeWork certainly accomplished it. The announcement generated scores of articles and lots of discussion on social media. (Some critics, like the Texas meat processors who spoke out against the measure, may not even have been aware of WeWork’s existence until recently.) Not all coverage was positive, but there’s an advantage to being top-of-mind, even if the move was driven as much by PR as by its values. As one journalist cynically put it, WeWork is “a real estate business trying to look like a tech startup.” In that case, the meat ban was probably smart branding. 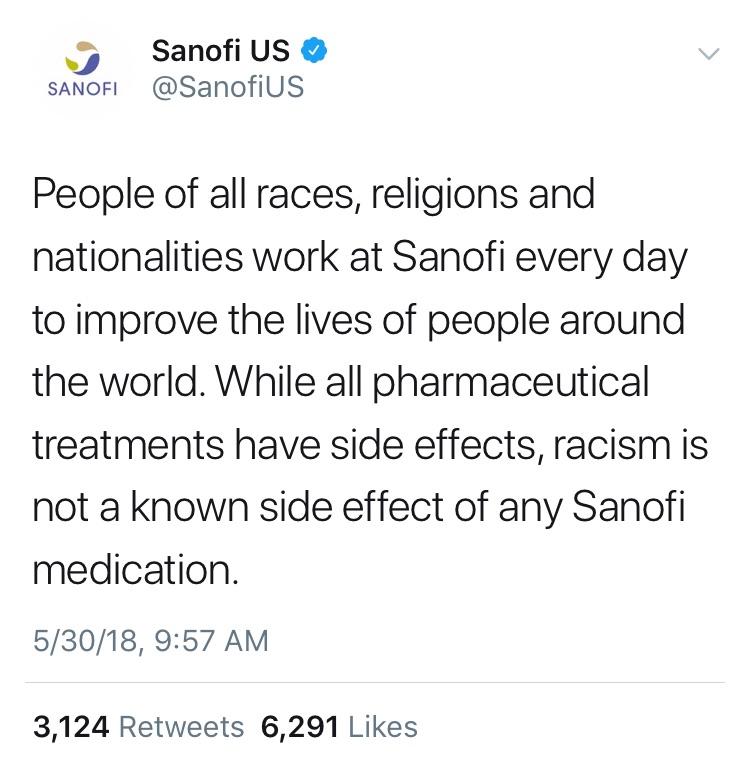 Ambien’s parent company Sanofi seized the opportunity to react after the brand was mentioned by Roseanne Barr as an excuse for a repugnant tweet that resulted in her show’s cancellation. Barr tried to blame her racist posts on “ambien tweeting,” but the brand fired back that “racism is not a known side effect of any Sanofi medication.” The witty clapback won plaudits, possibly because it was a measured response. Ignoring the post would open the brand to questions about the drug’s effects, or its attitude toward Barr’s tweet, while a formal press statement would have been heavy-handed. Instead, the agile response expressed corporate values without much risk. Ambien scored a big bang-for-your-buck PR win by listening and reacting with authority and humor. See the earlier post for more on the best reactive PR opportunities.

Delta sticks to its guns

Delta made some high-stakes enemies when it announced it would discontinue its policy of NRA member discounts after the Parkland shootings in February. Once again the substance behind the communications was minimal (only a few NRA members were actually affected), but the message spoke about Delta’s corporate values. Third-party influencers on both sides lined up and duked it out.

Despite losing a major $40 million tax break in Georgia, Delta stood its ground in the face of significant blowback. Delta’s sincerity here can’t really be questioned, given that it knew there would likely be political static in its home state. The value of the reputation boost from its decisive social activism may offset other financial losses. Delta scored a PR win with its strong and sincere social stand. See this earlier post for more on the Delta-NRA episode. Service), offering to partner on an initiative to help NHS staff quit smoking by offering smoke-free products like e-cigarettes. The NHS, of course, is not open to a partnership with a tobacco company, but its indignant reaction probably gave Philip Morris exactly what it hoped — more publicity.

Its trolling of the NHS was probably a tactic in support of its larger “smoke free” PR blitz launched in early 2018. Beginning with its new year’s “We’re trying to give up cigarettes” full-page ads, PMI is revamping its portfolio and its positioning. The negative publicity about its arguably outrageous offer to the NHS had the effect of spreading the word widely about the new campaign.

In May the NFL chose a side on the divisive issue of player protests during the national anthem – or at least, it thought so. The league announced it would require players to stand if they are on the field during the anthem, giving them the option of remaining in the locker room. The policy would fine team for players who stand or kneel during the anthem, essentially leaving it up to the teams to pass on the fines to players or absorb them. The announcement reignited the NFL anthem protest controversy, drawing verbal fire from all sides. Worse, last week it became moot after a Miami Dolphins “discipline document” was leaked to the press. The document states that players could be suspended up to four games for an anthem protest, and it quickly created a PR nightmare for the team and the NFL.

Maybe the league was hoping to control the conversation and stir public sentiment against the players. But had the NFL held off on the May policy announcement, it might have nudged its reputation in a more positive zone as the story died down. Instead, the league has consistently elected to go the PR path of most resistance, reinforcing an image of a dysfunctional organization lacking leadership.

« When A Founder Does PR Damage | How Not To Apologize »
SHARE