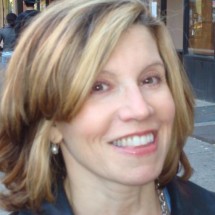 In the movie State of Play, the lead character, portrayed nicely by Russell Crowe despite some cliched lines and really bad hair, is meant to represent old-world media …he’s a rumpled, shaggy, veteran newspaper reporter whose high ideals shine through his gruff exterior as he strives to expose an international conspiracy. As if the ink-smudged symbolism weren’t heavy enough, he’s forced to team with a cute, yet wet-behind-the-ears blogger who never seems to have a pen when she needs it. Facing his adversary at the film’s climax, he even admits, ”nobody reads the papers anymore.”

On top of the Kindle DX announcement, the Future of Journalism hearings in Washington, D.C., and some particularly brutal bylines, I asked myself if we should just accept the death of print journalism. Professional bias aside, is it really necessary?

The answer is unequivocally yes. After combing through the testimony by Steve Coll, Arianna Huffington, and others, what scares me most is to think about what stories might never see the light of day in a future without those that undertake the daily paper chase. Perhaps most stirring was the testimony of David Simon, the former Baltimore Sun reporter who’s far better known for his contribution to television – he’s the creator of the HBO Series The Wire. His view is that the demise of the newspaper industry began well before the Web and its assertion that content wants to be free.  He’s right, and there are some lessons for saving newspapers now.

To clarify, we may not need dead trees, but we do need actual trained journalists. Those that have, through diligence and experience, reported on major stories on which elections and cultural changes can turn.  Many of the suggestions floated at the hearings – from easing anti-trust restrictions to tax breaks, to the lightning-rod topic of charging for online news content – are decent ideas.  And, though I see the potential drawbacks of Senator Cardin’s proposal to seek not-for-profit status for newspapers, at least it’s a viable plan that has worked in other industries.

To the extent that they did anything, I hope the hearings accomplished two things. One, to emphasize that it’s a public priority not to save newspapers, but to promote policies that sustain journalism. Two, to convince the industry that its salvation depends on the full integration of new media and emerging technologies into its operations, not its addition as an afterthought.

As Hollywood shows, some stereotypes die hard.  I hope this one lives beyond the movies