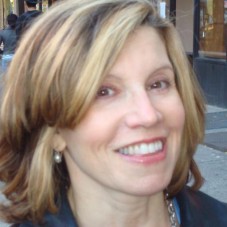 Words are important. That’s why it’s not just the swine flu virus that’s gotten a nifty new government-issue name. Washington is in a frenzy of rebranding. The Obama administration has rejected the Bush-era “global war on terror” in favor of the more oblique “overseas contingency operation.”

In a particularly awkward phrasing, Homeland Security Secretary Janet Napolitano calls acts of terrorism “man-caused disasters.” I think the idea is to move away from the ideology-infused rhetoric of the previous administration, but if that’s the best they can do, it’s not a good sign. I mean, what happened to the team that took ownership of an ordinary, overused word – “change” – and gave it new meaning?

Sometimes a rebranding reflects cultural acclimation, or even progress…as when the bailout morphed into the more precise and technical acronym “TARP” and ultimately became the “recovery” to help get legislation passed. Sometimes it’s an out-and-out euphemism that convinces no one, like the infamous “enhanced interrogation techniques” term, which in its creepiness actually sounds worse than “torture.”

But the most entertaining move to re-brand may have come recently with the Republican National Committee’s resolution to henceforth refer to the Democratic Party as the “Democratic Socialist Party.”  The rationale is that the Democrats have moved from being the “tax and spend” party to the party that wants to “tax and nationalize.”

The RNC’s proposal has received a fair amount of ridicule among members of both parties. Not only is it confusing (partly because there’s an actual Democratic Socialist Party in existence), but conventional branding wisdom says you should talk about what your brand stands for, rather then just try to tear down the other guy. For my money, the Republicans were on much stronger ground when they were “the party of ideas,” which was appealing both in its promise, and in the pressure it put on both parties to engage in real dialogue about solutions.

In any event, I’d like to propose a War Against Bad Branding. Or, maybe it should be termed “Emergency Domestic Communications Operation Against Man-Cause Brand Disasters.”