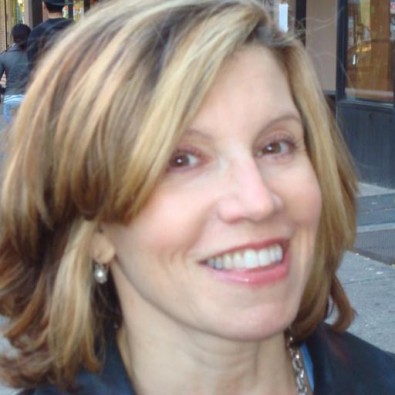 Did Amp Turn Up The Volume With #pepsifail?

As I’ve noted previously, good public relations sometimes means having to say you’re sorry. “Apology communications” is a PR buzzword these days. But, when is an apology something else altogether? (Hint: When it involves 18-year-old dudes, maybe?)

What got me wondering was the backlash to the Amp energy drink campaign. Of course, I’m talking about the now-infamous iPhone app created for the drink’s young, male customers. Amp Up Before You Score packs some punchy pickup lines for guys who want to “get lucky” with different female “types,” from “military chick” to “married.” You have to admire the breadth…and the artwork. All told, it pulls background and, um, date suggestions for 24 different types of women. If you’ve got a “treehugger” in your sights, for example, it offers a carbon footprint calculation and serves up vegan restaurant recommendations.

Kind of clever, but in this case, crude sexual references and sexist stereotypes unleashed a torrent of outrage. After Twitter users and others poured on the protest, an apology was posted on the brand’s account at @AMPwhatsnext. It read, “Our app tried 2 show the humorous lengths guys go 2 pick up women. We apologize if it’s in bad taste & appreciate your feedback. #pepsifail”

I’m not actually offended by – or even terribly interested in – the app itself. Tasteless? Sure. Sophomoric? Yep. But, that’s the Amp demographic. Not exactly the Junior League. The hair-trigger brand response is something else, though. It seems to have added fuel to the online firestorm, for a few reasons.

First of all, the apologetic tweet is pretty tepid. Also, it’s odd that Amp’s Facebook feed actually defends the app. Where’s the consistency here? And since there’s been no offer to pull “Amp Up,” the mea culpa seems inauthentic, or at least half-hearted. As a mashable.com commenter put it, “It’s not a full apology when you use the word “if,” blame the offended for being offended, and continue the activity for which you are apologizing.”

She has a point. What’s harder to swallow is how and why the brand seemed to invite negative feedback. Presumably the #pepsifail hashtag enabled Amp to monitor the Twitter users most engaged in the debate. But, using it was like injecting a double shot of caffeine (or guarana?) into the comment stream. And why did the company choose to throw brand Pepsi under the social media bus? Why not try to use #ampfail? Given the size of the Pepsi portfolio, do they really want to drag in the mass-market mother ship?

Beyond the blurring of brands, I can’t tell if the communications staff at Pepsi are over-identifying with their Amp demographic…or if they’re truly ambivalent about the situation. Or – and this actually seems the most likely to me – maybe they’re interested in amping up the volume, even if it’s negative to us non-hipsters. My take on the apology strategy is that it just may be true to the drink’s cool-hunting, hypersocialized brand character. After all, the reactions of people like me (a 40+ professional mom) or an indignant female blogosphere don’t affect sales in the least. In fact, they just might help promote an edgy, in-your-face sensibility. And ignoring a flood of outrage among marketing types is in itself a kind of anti-marketing position.

I could be overthinking this, but there’s no question that Amp has caught a tremendous buzz from the social media fireworks. In a crowded, buzz-driven category, a shot of energy isn’t a bad thing. And considering the prize here – the ever-elusive young male – the online equivalent of a slapdash, muttered, self-contradictory apology just might be the most authentic piece of all.

Update: On Oct. 22, Pepsi announced it would discontinue the “Amp Up” app. Here’s the story.

3 thoughts on “Did Amp Turn Up The Volume With #pepsifail?”