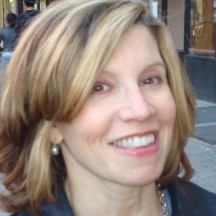 Over the past several days the blogosphere’s been on fire with news of Facebook’s refusal to take down pages by groups who deny that the Holocaust occurred.  In defending its policy, Facebook spokesperson Barry Schnitt said, “We want (the site) to be a place where people can discuss all kinds of ideas, including controversial ones.”  To those pressing Facebook to change its policies and take down the offensive pages, its refusal to do so is ironic, since its ban on pictures showing nipples of breast-feeding mothers remains in place.

After initially arguing that Holocaust Denial groups should be banned because the groups are actually illegal in many countries (a weak point and red herring), Brian Cuban makes a passionate case that they exist only to spew hatred. Michael Arrington has been withering in his criticism, but he offers Facebook a graceful way to change its stand in saying, “These groups violate multiple sections of the TOS, particularly Section 3. There’s an easy way out of this for Facebook, and it also happens to be the right thing to do.”

Actually, Facebook’s attempt at equanimity is admirable.  I think it’s trying not to take the easy way out; it seems to be trying to separate the true psychos from those who might want to engage in some kind of civil discourse. (As of Tuesday, two of the Holocaust Denial pages, presumably the most offensive ones, were taken down.)   But, its principled stand is confusing, and, ultimately, misplaced.

This is really not a  First Amendment issue; as a private company, Facebook is free to set its own policies.  The infamous “nipple ban” doesn’t help, because it makes the company seem out of touch and calls its values into question.  Ultimately, the question is one of corporate responsibility and corporate values.  As the world’s largest social networking community and a model when it comes to all kinds of content policy, Facebook should do the responsible thing and move to ban hate speech on its pages.