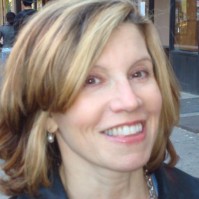 At over 200 million monthly users, Facebook is vastly more popular than Twitter, but the micro-blogging service seems to be a growing public and media obsession.  Even Twitter-hater Maureen Dowd recently penned an interview with its co-founder, which, while ostensibly satirical, only fanned a Twitstorm of interest.  Remember when Facebook drew that kind of love-hate?

Now Facebook is set to announce tomorrow that it will permit third-party developers to build applications and services that will access user videos, photos, notes, and comments, with users’ permission.  According to the Wall Street Journal, the service will be free and will work within current open standards.

That’s a big change for Facebook, which has always insisted that developers work within its site to keep its content, and its users, firmly within its walls. But Facebook is both following in Twitter’s footsteps and recognizing that it can leverage its enormous user base to fill a need….basically, to allow people to update and search with far greater flexibility than before.  For those on Twitter, according to PC World, that means being able to copy tweets to their Facebook status in a single click.

And that’s just the beginning.  Look for more Twitter-like tools and applications in the coming months as Facebook flexes its muscles. Even though I think both services can and will coexist, the social-media battle is entertaining, and it only makes things more fun for us, the users.