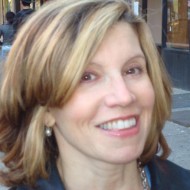 I love the idea of armies of soccer moms, retirees, and others joining the social media ranks in greater numbers, although too much, too fast could spell real trouble.  Twitter traffic surged 131 percent to ten million in March, and lately its infrastructure been clearly straining to withstand the traffic.

It has definitely arrived; let’s just hope it hasn’t also jumped the shark.