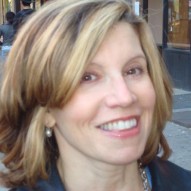 At last, some good news from Detroit…or at least, an interesting move in which the words “bailout” and “bankruptcy” have no place. Ford recently announced that it will offer Fiesta subcompact cars to 100 Web types – bloggers, Twitter rockstars,  and social media influencers – for six months.  The lucky 100 will receive car insurance and gas, so they can test-drive the Fiestas and tell the world about them, or at least clue in those within their plugged-in social spheres. Ford’s asking for “honest feedback,” about the product, and you can tune in today via Twitter, Facebook, Flickr, and YouTube.

None of this is new. It’s what PR and marketing people have done for years…loaning products to people with influence. Yes, the fact that the Web-savvy road-testers are being gifted might affect the tone of the coverage. But, the campaign is so transparent, and the number of participants relatively large enough, that it’s hard to call a fix.

The real significance of the campaign is what it says about “alternative” media channels, and putting influencers in the driver’s seat. For a marketer in such a mass-media-intensive category to make this kind of commitment to social media is exciting. Instead of another forgettable commercial featuring footage of sleek and shiny vehicles hugging curves, it’s a cost-efficient and entirely practical campaign that addresses how people actually hear about, recommend, and buy cars.

Plus, it’s accomplished what every marketer dreams of – seeding buzz and anticipation in advance of a product launch. The 100 drivers were selected from 4,000 applicants, and Ford has said it will offer 100,000 pre-launch test drives to those interested. So, its reach will extend far beyond the “reviewers.”

It’s a nifty program, and it actually seems like a strategic bullseye for the Fiesta’s target driver. Mostly, it’s precedent-setting. When a major player from an old-line industry goes full-speed into social media, it’s fair to say we’ve turned a corner.