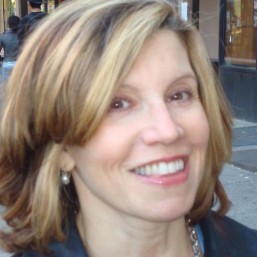 It’s a running joke among people in communications that, today, everyone’s a social media expert. Those who aren’t experts are usually self-proclaimed evangelists, mavens, gurus, specialists, advocates, or at the very least, enthusiasts. It’s striking, isn’t it, how quickly so many have become so adept at using new networks, platforms, strategies, and tools?

My point is, while there are plenty of skilled and talented professionals around,  the buzz around social media has become a little too noisy, with the result that we in the public relations profession might be accused of running after every shiny new tool or platform. Some of this is understandable, even natural. In the midst of the downturn, we’re scrambling for budgets, along with our advertising, digital marketing, and sales promotion colleagues.  And, even more than the dollars, we want ownership.

Public relations, the longtime marketing stepchild, has always craved respect. And it’s true that social media plays to PR’s traditional strengths.  The PR focus on content creation, the flexibility of the message, and its ability to open not just a one-way communications channel, but a two-way dialogue with end users, are just a few of the reasons why many social media programs are closer to PR than to advertising.  (For more, check out the excellent post by PRSA Chair Michael Cherenson here.)

The problem is that, in our zeal for ownership, we’ve lost some of the objectivity that clients value. There’s even a tendency to confuse social media tools and platforms with actual communications strategies.

Take Twitter, for example. It’s a powerful research and communications tool, and a vibrant social media platform.  And, yes, still a media magnet. In fact, whenever I’ve thought the Twitter media craze was about to die down, it seemed to grow, as with the Time magazine cover story last week.  And, Twitter-based marketing campaigns, or even just stunts, are still catnip for the trade press. But, Twitter’s a tool, for heaven’s sake. Putting a corporate or consumer brand on Twitter doesn’t a campaign make. Not even close.

Which leads to my next point. There are unmistakable signs that Twitter requires more time, energy, and strategic resources than many corporate users can give it. The user churn that’s been documented by recent research is also problematic. And then, there’s the ubiquity of the “fail whale.” So, has the bird (or whale) jumped the shark?  Is it done? Over the next few blog posts, I’ll be exploring the social media wave, with an emphasis on Twitter, to try to determine how much is hype, and how much is here to stay.

I can’t predict the future, but a thorough analysis of the user data and PR/marketing best practices is a decent starting point.  Stay tuned.