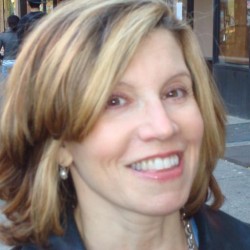 Is Innovation A Victim of Its Own PR?

I was startled to read  Michael Mandel’s provocative BusinessWeek article describing the failed promise of American innovation over the past ten years.  It makes a pretty persuasive case, documenting our innovation shortfall in key industries and linking it to the US trade deficit, our debt load (taken on under false expectations of compensation increases) and even the current financial crisis.

It seems counter-intuitive that, in the age of the iPhone, Google Wave, and green technology, there could be a dearth of innovative products and technologies. But, while there are stunning examples of iterative improvements to existing products or models, massive, disruptive breakthroughs are relatively rare. More importantly, the key word here is “expectations.”  The commercialization of so many products – in biotech, fuel cell development, satellite technology, and more — simply haven’t lived up to the hype of ten years ago.

Is the hype around some products to blame?

So, could the hype be partly to blame? Could the innovation gap be, in part, a result of poor PR strategy? We’ve all worked for companies under pressure to announce new products and technologies far in advance of their commercial viability.  And, we have every incentive to work to position any positive news as a game-changing advance when the real picture may be less certain.

More broadly, PR and public education create long-term expectations about things far outside our own sphere, for better or worse. I feel a (possibly) misplaced confidence about any number of things, based partly on published reports and predictions. I believe my daughter won’t ever have to worry about cancer, since it’ll be cured or prevented during her lifetime. I’m confident we’ll solve our climate problems through solar and other alternative fuel technologies.  And I assume voice recognition technology will one day actually work (yes, just like those climate-controlled, domed cities I read about as a sixth-grader.)

When you consider the breadth of U.S. innovation, and its promotion as a cure-all, it’s practically in the air we breathe.  It’s as American as optimism, and the two generally work together to set expectations for groundbreaking advances, as well as steady, continuous improvements to existing products and services. So, I’m going to let the public relations profession off the hook on this one, in the hope that our work can strike a balance between responsible positioning and the buzz and excitement of a true breakthrough.