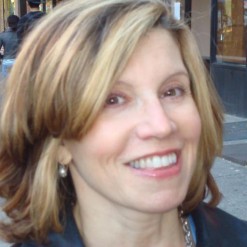 The Few, The Proud…. The Tobacco Executives

The American Legacy Foundation has been using “reality advertising” in its anti-smoking campaigns targeted to young people for years, with mixed reviews from the marketing community for tactics that are occasionally heavyhanded.  But, its 2009 campaign featuring new TV spots takes the reality up a notch. What’s more, it moves away from the health messages typical of many anti-smoking campaigns.  Instead, it uses the backdrop of today’s tough job market to highlight another aspect of big tobacco that might resonate with the younger set –  the industry’s reputation for lies and obfuscations.  The results are pretty powerful.

The TV spots are based on actual videos taken in interviews with real job candidates. Though they don’t realize it, the job seekers are about to be ‘punk’d’.  They think they’re interviewing for an executive-level position in New York, but they’re actually being questioned by an actor posing as a recruiter, with their reactions captured by a hidden camera.

In the spot titled “PR,” the interviewer asks the candidate if he ever had to spin bad news about a company.  The candidate mentions some relevant experience, whereupon the interviewer asks how he’d handle a magazine article claiming his company’s product could potentially kill a billion people during this century. (How’s that for a litmus test of creative positioning skills?) The poor guy’s response, of course, is astonishment.  In other spots, the pseudo recruiter asks the candidate if he feels changing the name of a company is a reasonable way to avoid negative PR, while another warns that the candidate might have to plead the fifth amendment in her new position. Each spot ends with the question: “Do you have what it takes to be a tobacco executive?”

The Foundation, which has said it faces funding challenges, is also using social media to promote its message. A truth.com website will be set up as a pseudo recruiting site, and social networking sites like MySpace, Facebook, Bebo, Hi-5 and imeem will carry the creative, and a YouTube channel will feature behind-the-scenes footage and outtakes.  There are also a few viral tools like poll widgets, and truth.com PR team will even pitch outlets in a resume and cover letter format to underscore the recruiting theme of the campaign. It’s a nice innovation to a long-running message, and I only hope that it hits home.