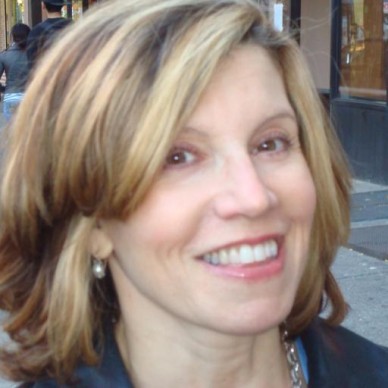 The Merrill Lynch Bull Charges Back, More Softly This Time

One of many painful sidebars to last year’s Wall Street bloodbath was the swift death of seemingly invincible brands, including former financial powerhouses Lehmann, Bear Stearns, and Merrill Lynch. The human toll was so vast that no one gave much of a thought to the vanquished logos. But, as symbolism, their disappearance rubbed salt into an open wound. Given the iconic nature of the Merrill Lynch mark and its long-running tagline,“Bullish on America,” it seemed that more than a marketing emblem was trampled upon. The Merrill brand spoke to the very core of the quintessentially American values of independence, optimism and resilience.

Which is why I was delighted to read that the bull is back…at least the marketing kind. (The market bull may need a bit longer for a sustained run.) One year after acquiring Merrill, Bank of America must have decided it makes more sense to revive a 38-year-old name than to come up with a new wealth management brand. It’s brought back the majestic bull, not with a roar, but with a nice flourish, supported by $20 million in advertising for the fourth quarter.

The mascot’s comeback is a good PR move, and the company used the occasion to unveil a new brand campaign and make some bullish business announcements. Plus, the old-new logo is far more visually striking than the vaguely flaglike Bank of America mark that fluttered above the Merrill name after the acquisition.

The return of the iconic beast, whose name is Dollar (pretty uninspired, but what can you do?) is part of a broader effort called “help2” designed to help clients regain their confidence in the market and get back to investing. For me, the multiple taglines “help2achieve,” “help2cherish,” “help2discover,” etc. are a little confusing. They’re meant to showcase the services and 1-to-1 relationships now available from Bank of America. But, the handles sound a little juvenile, and in my mind the soft-pedal approach doesn’t mesh with the strong, testosterone-fueled power of the bull. Or, maybe I’m just not used to the tamer, gentler version of the beast that’s been trotted out for these less showy and more uncertain times.

In fact, some experts are calling the comeback a stumble, claiming that Bank of America should create an entirely new brand rather than building on the back of a symbol from the past. And, of course, there are serious PR and legal challenges facing both brands.

For me, that view is a bunch of…well, bull. Despite quibbles with the updated campaign, and the legal standoff that threatens the merged company, I think the return of the bull logo is not only savvy, but intuitively right. It’s been less than a year since it left the arena, and not many brand icons boast such visceral power and memorability. Though the credibility of the bull has been tarnished, I don’t think it’s been lost.

The last year has taught us that even the hugest companies can collapse and disappear. But, maybe some brands really are too big to fail. I hope so.