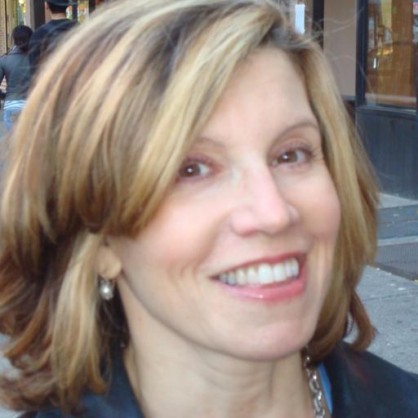 I’m a mad fan of “Mad Men.” But I confess it’s not the soap-opera-esque personal life of ad man Don Draper that had me hooked all season. It’s life at Sterling Cooper, the fictional, but true-to-life agency. From the client meetings and internal politicking, to the bon mots of insouciant principal Roger Sterling, “Mad Men” is…well, pitch-perfect. Several episodes (like the department store client meeting from Season 1) mirrored experiences I had at major PR firms in the nineties. The more things change…

So, what can we learn from “Mad Men”? I’ve been taking notes during Season 3, right up to the killer finale that aired last night. The series, with its great writing and inside-baseball knowledge of the agency biz, offers some surprisingly up-to-date wisdom for just about anyone in a creative services firm, whether advertising, PR, or other. Here are some of my favorite nuggets from Season 3. SPOILER WARNING: This post contains references to the major reveal of “Mad Men”‘s finale, so read no further if it’s still on your DVR list. (But, if you’re clever, you saw it coming.)

#1. Relationships are everything. We saw the importance of personal chemistry throughout this season, but John Slattery’s Roger Sterling had the best line. After Pete missteps with the Admiral TV client by pressing his idea to target African Americans, an infuriated Sterling shouts, “I don’t know if anyone’s ever told you that half the time this business comes down to ‘I don’t like that guy.'” Couldn’t have said it better.

What’s more, intra-agency relationships are the lifeblood of the business. Don learns that the hard way in the last episode, when he realizes he must mend his relationship with Roger if his plan to start a new firm has a chance of working. Then, he has to hammer out a new, more equitable relationship with Peggy, by admitting her value to him.

#2. Never underappreciate the account guy. (Because, relationships are everything.) When I started work at Grey Advertising’s PR unit, I originally dismissed the account post as being for drones. The typical ad agency structure is unlike that of most PR firms, where account people often have strategic, creative and media roles. With Creative dreaming up campaigns, Media Buying handling the schedules, Strategic Services on research, etc., I thought the Account Directors were glorified client hand-holders. I was wrong.

As Draper himself confesses after his bumpy relationship with client Conrad Hilton ends, “I can run Creative, but I’m not an account guy.” It’s harder than it looks, folks. The keeper of the client relationship deserves not only respect, but as much appreciation as we can give.

#3. Never let them see you sweat. This one’s counterintuitive on the surface. But, another great agency truism is uttered by Lane Pryce, the delightful overseer-cum-bean counter for British holding company PPL, which has acquired Sterling Cooper. Pryce breaks the news to Pete that his rival Ken Cosgrove will be promoted over him. He explains that Pete’s done a fine job of meeting his clients’ needs, but that Cosgrove “has the rare gift of making them feel as if they haven’t any needs.” To me, this is about staying ahead of your clients. Anticipating is critical.

#4. For those in the idea business, creativity is a meritocracy. One of the best exchanges this season takes place between Draper and Peggy, when he dismisses the tagline she’s pitching as flat. “That one’s yours,” she protests. “That doesn’t make it good,” he snaps. He’s right. Even the Boy Genius Creative Director doesn’t nail it every time.

#5. Great work – not cost-cutting – leads to profits over the long term. When, in an earlier episode, Don and his colleague are called on the carpet about their travel expenses, Don loses his temper with Pryce, saying, “You want to make money, start getting your nails dirty…think of the men’s morale, not your own.” It’s another reminder that, after a point, cost cuts are self-defeating in a service business. It’s the work, the quality of the service, and the relationships, that build an enduring business.

One thought on “Top Five Agency Lessons From “Mad Men””