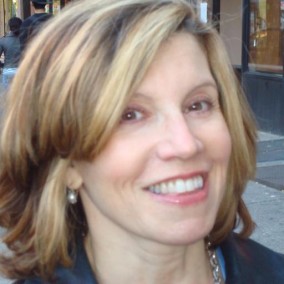 Is A “Whisper Campaign” Good PR?

This Sunday I was among many PR professionals who read a lengthy New York Times piece titled “Spinning the Web: P.R. in Silicon Valley.” It recounted the launch of a tech start-up by a youngish publicist using her social and business connections to generate positive buzz through “whispering” to influential non-journalists. One point of the piece is that traditional PR strategies are giving way to those favoring social media channels that bypass traditional press. The story generated some lively discussion among PR pros, a fairly negative post on TechCrunch, and a debate about whether investors should influence communications strategy (as happens in the article)

But, here’s the thing.  Influencer relations isn’t new. Outreach to bloggers, analysts, “power users” and other influential figures has been a part of sound public relations strategy for many many years. What’s more interesting – the possibly diminishing role of traditional journalists and “cynical” tech blogs and reviewers – was not fully covered. What could have been an exploration of public relations in the age of Web 2.0 and the disintermediation of mainstream media ended up being a puffy feature about one individual and the Web-famous names she has on speed-dial.

To me, the story suggests a few things, namely that PR has a…um, PR problem. Also not news, but it bears repeating that smart public relations is typically a great deal more than leveraging contacts, or “smiling and dialing.” Access matters. But so does the right strategy, messaging, sales pitch, and, oh, yes, it helps to have a superior product and something relevant and interesting to say.

The story also brought to mind a West-Coast-based client who complained that no one in the Valley knows how to think creatively. While this is untrue, what is true is that the typical Silicon Valley launch is usually all about getting the next round of funding. So, it’s critical to focus on the so-called “whisper campaign,” among other tactics.  Outside the Valley, we also focus on strategic positioning in a hypercompetitive marketplace, but we’re more likely to be supporting a brand with a broader group of end-users in mind….and, one hopes, a more realistic and long-lived vision from the client than a VC with a serious case of Google-envy.

The irony of the story, of course, is that what’s caught industry attention for the company that’s chasing the Silicon Valley dream wasn’t the endorsement of Kevin Rose or Larry Ellison, or the successful avoidance of TechCrunch, but a feature in the dead-trees broadsheet that epitomizes mainstream media – the good old The New York Times.

2 thoughts on “Is A “Whisper Campaign” Good PR?”