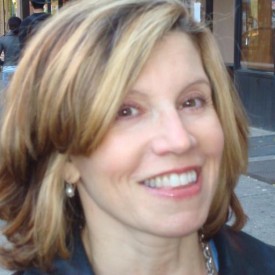 Why Are They Saying Those Things About You?

A while back, I was shocked to see some harsh criticism of me on an IT Internet forum. Strangers were calling Dorothy Crenshaw incompetent and even demanding that I be fired…which I thought was pretty unfair considering I didn’t have a clue what they were talking about.

I quickly realized it wasn’t about me.  It turned out that I share a name with an information officer for a public school system in the Midwest, and an IT security breach prompted an online brawl in which the other Dorothy was briefly targeted by irate residents.

Given our different geographies and professions, my online reputation risk from that incident was minimal.  But, it was an unpleasant taste of what it must feel like to experience a malicious or mistaken usurpation of one’s personal or business identity online.

This week, a story in our industry provided another, better example, which is both entertaining and disturbing. Earlier this year, Michigan PR firm Tanner Friedman discovered that someone had squatted on its Twitter handle and was impersonating the firm by tweeting nasty and unflattering updates. Tanner was forced to sue an unknown “John Doe” who was this week revealed to be – surprise! – a rival agency.

Anyone in the PR or reputation business should know that online reputation damage – deserved or not – is the underbelly of our exploding social media and blog culture.  But social media is touted so strongly as an easy way to build a brand online, that some small business and individuals might not fully realize there’s a flip side to it. It’s been said that Google, after all, is not just a search engine, it’s a reputation engine, as anyone who’s checked out a prospective blind date knows. And for individuals, the rise of social media has made online reputation a more challenging issue. It’s one reason that Facebook registered 500,000 usernames in only 15 minutes a couple of weeks ago after it changed its policy to grant users custom URLs. And, it’s given rise to services that in some cases charge stiff fees to “erase” online slander and protect Web identity, and in other cases are outright bogus.  (There are plenty of free tools for basic monitoring, starting with Google Alerts.)

Finally, the major social media sites need to step up to protect users, which they’ve done only in fits and starts, behind highly publicized identity poachings like the Tony La Russa case.  Facebook has said it will resolve disputes on a case-by-case basis, which isn’t very reassuring for those usurped in a URL land-grab.  Twitter moved recently to authenticate celebrity accounts, but there’s more to identify verification and customer service than just serving the needs of the famous, and Twitter has a deservedly spotty reputation for both.

Until more sophisticated measures are in place, even a casual social media user has to exercise common sense, and a little vigilance, to protect their good name.

2 thoughts on “Why Are They Saying Those Things About You?”