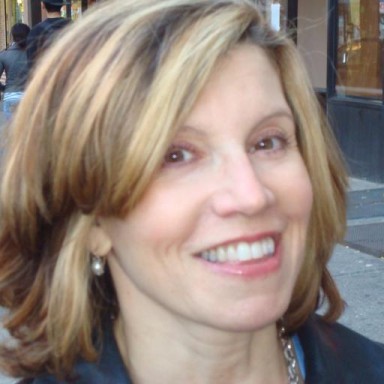 The number sounds like pure froth. After all, you don’t have to go back as far as the dot-com era to come up with laughable valuations of Web-based companies (Skype, anyone?) And this is one that has yet to turn a profit, or even articulate a plan to do so, at least publicly. Like others, I’ve gone on record about the hype surrounding Twitter and its limitations as a communications tool. So, when I read about the new round of funding that values Twitter at a whopping $1 billion, I settled back for a fresh round of snark.

Then I happened to notice a Wall Street Journal item quoting Anant Sundaram, finance professor and recognized valuation expert at Dartmouth’s Tuck School of Business. Don’t ask me to dissect his analysis; my skills don’t go there. But, Prof. Sundaram based his calculations on Twitter user numbers taken from internal company documents leaked earlier this year. Then, he reduced the user number by 75%. He assumes that Twitter can grow its user base to ten times its current size in the next four years, then applies Google-like multiples to reach a valuation of around $1.3 billion.

Of course, Twitter’s no Google, and there’s still the small problem of revenues. Plus, there’s no telling what new competitors will pop up to steal its thunder, and users. But Facebook, which is valued at $15 billion, will make $500 million this year, and it’s only just started to figure things out. And, about those investors – they include not only the typical ones, but the stodgy T. Rowe Price group. That’s a name usually linked with retirement funds, not Internet start-ups. Those mutual fund guys don’t strike me as fad chasers. Yet, plenty of smart investors have been hoodwinked by hope, or hype, or even their own greed.

Then I stumbled on a little study conducted by Penn State in September. Researchers from the College of Information Sciences and Technology examined half a million tweets to look at how products and brands were discussed. They found something startling. It seems that fully 20 percent of the tweets were brand-related. Think about it. That’s a huge slice of what some have called the “senseless babble” that is Twitter. It translates into maybe 600,000 tweets of relevant brand information every single day. Maybe not so senseless.

Talk about greed…that’s a pretty impressive data set, especially considering what major brands spend on market research. And, even if skewed, an analysis of relevant tweets can’t be less reliable than traditional surveys, coolhunting, eye-tracking, and other tools companies use to gauge their market. In fact, it may be more valuable, because the Twitterers are likely to be the more engaged consumers – for better or for worse. (The good news is, the Penn State researchers say many of the brand tweets are about positive product experiences.)  It’s no secret that Twitter feels its best asset lies in offering companies ways to monitor, analyze, and monetize relevant brand mentions. It seems they may have a lot to monetize.

I don’t know nearly enough about finance to do more than speculate about the current calculation, but I know a little more about brand marketing and public perception. Only time will tell if Twitter’s the next Google…or the next Flooz.com. But, suddenly, I’m not laughing quite so hard.

2 thoughts on “Why Twitter Could Be Worth A Billion Dollars”