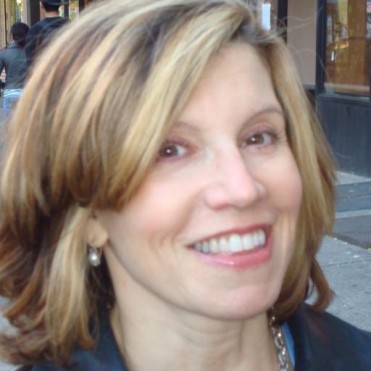 It sounds so easy. Instead of hiring a pricey ad agency or PR firm, just tap into the wisdom of the crowd to market your product. After all, they’re the ones buying it.

Crowdsourcing is being touted as the latest trend in creative services, from logo design to advertising.

Yet, most so-called crowdsourcing initiatives don’t truly harness the collective wisdom in the Web 2.0 sense. Not like the Netflix Prize or Starbucks’ virtual suggestion box. Most often, they’re contests. They dangle ten minutes of fame and a prize package for a public relations payoff and (one hopes) enhanced customer engagement. And, they’re usually the brainchild of the agency, and run by them, too. VitaminWater’s “flavor creator” Facebook app is yesterday’s M&M New Color Contest. Nice idea, but not exactly Wikipedia.

Recently, though, Unilever London shook up the agency world by adopting a crowdsourcing strategy not as a PR gimmick, but as a long-term move to spice up the marketing for its Peperami snack, which seems to be a Slim-Jim-style stick of salami. Peparami fired its agency and set up an open call for fresh ad concepts on the website Ideabounty. The winner will receive a $10,000 fee, and, the fame (or infamy) that results.

Even before the sausage incident, Crispin Porter Bogusky’s Colin Drummond wrote that crowdsourcing would commoditize creativity, warning his agency peers in a blog post, “Be afraid. Be very afraid.”

Others are sounding the death knell for creative services. You see, the decision wasn’t about quality of work. The ousted firm had done a bang-up job for over 16 years. The client admits that the extraordinary brand equity built for the product – embodied in a quirky animal mascot – makes this kind of user-generated initiative possible. That’s gratitude – and the agency business – for you.

Yet, I’m not sure the budget bite will be that big. No matter how you slice it, the Peperami campaign isn’t true, replicable crowdsourcing. It’s more like outsourcing to an engaged few –  in this case, probably out-of-work or aspiring copywriters. The unique circumstances and social media element give it some PR flavor, but to me, it seems like a creative way to downsize the budget, seasoned with a little dash of something new.

The other thing is this. The contest-as-crowdsource idea isn’t for every brand, or every situation. In fact, it can work for Peperami only because the brand foundation was already laid in the form of intrusive commercials and supported by millions in paid media over 16 years. It’s one thing to liven up a long-running campaign with a fresh execution, but another to come up with strategy, creative direction, and execution for a lesser-known brand, or in a vacuum.

Sustainable crowdsourcing to achieve innovation is self-limiting, precisely because it’s hard work. It also requires real collaboration and continuity – the wisdom of the true crowd in a spirit of continuous improvement — not a series of one-off competitions for a clever phrase. (And, at the end of the day, someone’s got to go through the thousands of suggestions and ideas, find the gems, and turn them into a dazzling, finished product…no small task.)

The idea that crowdsourcing will kill agencies based on a salami snack campaign is…well, baloney. In fact, it could be a win-win for all involved. If it does turn out to be a revolution in creative services, expect a new “Idea Economy” to follow. Despite changes in delivery channels, any kind of creative meritocracy is ultimately good for our business. The best rise to the top – and to a new pricing level and all that it implies. And then we start all over again.

One thought on “Will Crowdsourcing Make Agencies Obsolete?”